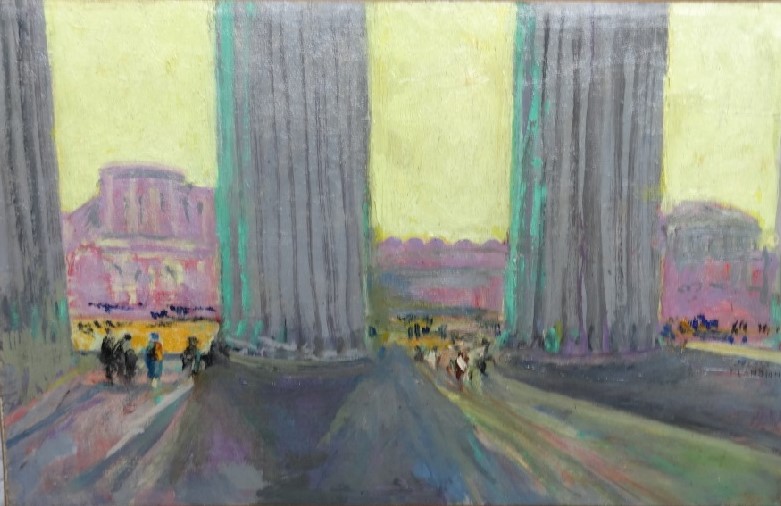 Attilio Guffanti studied in Milan with Luigi Conconi and in Pavia with Pietro Michis. He then became friends with Romeo Borgogni.During his Venetian he attends the workshop of Ettore Tito. After 1900 he went to the Rome Academy.

He left for the Côte d’Azur and settled permanently in Nice.There he came into contact with the large colony of exiled Russian nobles who greatly appreciated his portraits. This earned him the nickname « painter of the Grand Duchess ».